The new SCARM version 0.9.25 is ready! Download it form www.scarm.info.

Some of the more important added/improved features and updates are listed below.

This version adds two more shapes to the already existing figures – circle (vertical cylinder) and horizontal cylinder. These new shapes will allow drawing of much more user-defined objects and various rolling stock. See one example of a German T3 small 0-6-0 steam switcher, which was drawn completely with the figures: 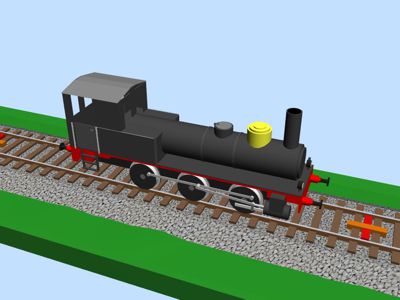 This release also improves roads laying and shaping, fixes some errors that may appear when working with complex roadways and adds several new libraries, including one slot car library and one symbol library for drawing and printing of control panels.