Here I will present one nice layout, designed in SCARM and sent recently to me by Oleg Krasnov.

The plan is composed mostly of double straight and curved sections in two levels, with superelevated curves which allows running of modern trains at higher speeds.

There are 3 independent double routes – 2 for trains and one tram track. Here are shown the 2D snapshot and 3D rendering of the SCARM design: 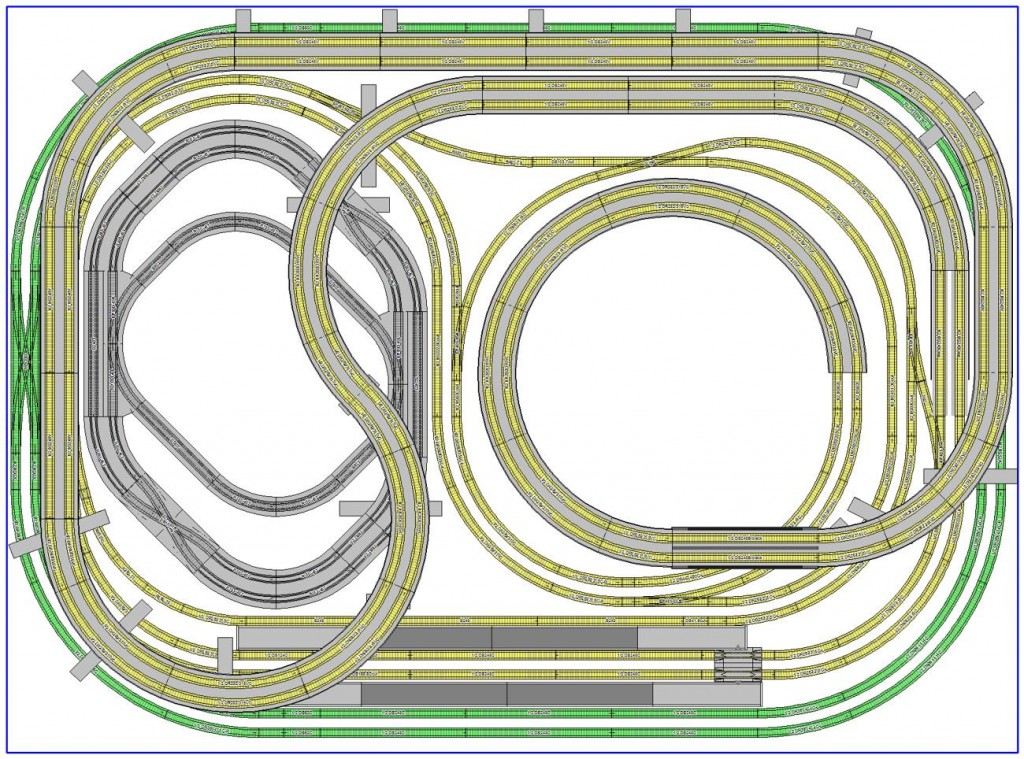 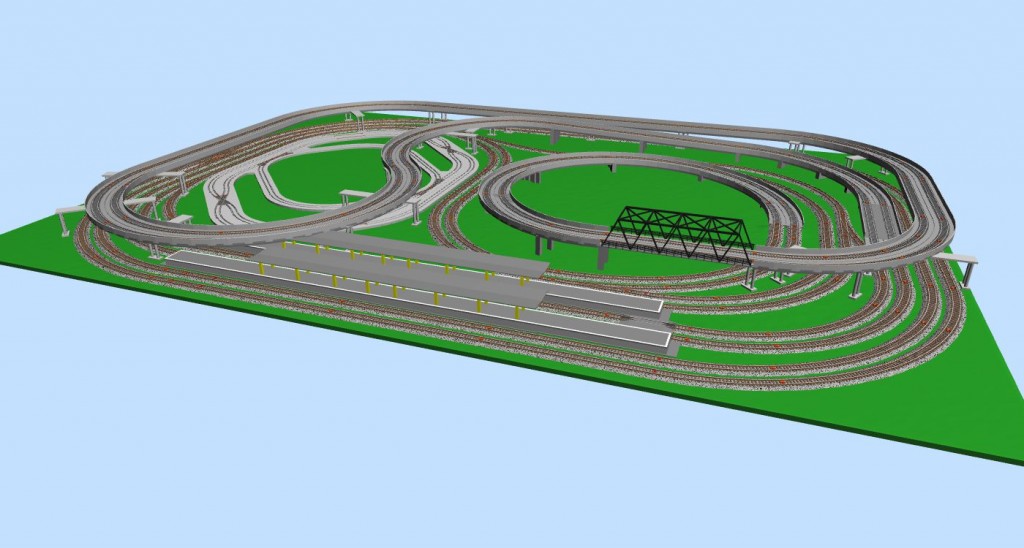 And here are shown several pictures taken by Oleg of the layout assembled with the real tracks:

If you want to play with the Oleg’s layout on your own PC, download the project file from the links below. Thank you, Oleg, for sharing your SCARM design with other model train fans